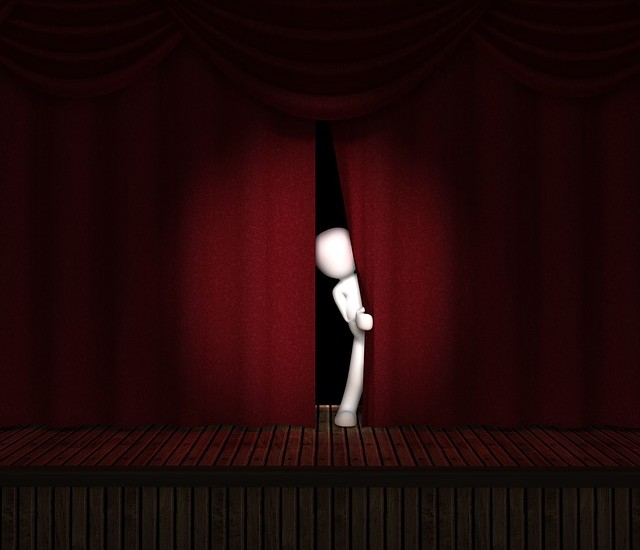 I’ve always embraced a holistic view of life and skills. Skills learned from doing Task A don’t only apply to Task A. A truly wise person can learn to use those skills in other parts of their life.

For example, I’ve known many people that study martial arts. I don’t, I’m a giant klutz and would only serve to maim myself and everyone around me. That being said, those people that have varying degrees of belts often use the self-discipline from martial arts in other parts of their lives, be it their career or home life.

I don’t do martial arts. I do improv.

One of the core tenets of improv is accepting what your partners have laid out there for you. Whatever rolls out of their mouths (good or ill) is what you’ve got to work with. Watch “Who’s Line Is It Anyway?” (either the British or US version, it’s all good). Count the number of times you hear the word “no” during a skit. Good luck finding one. Nothing, and I mean nothing brings an improv sketch to a screeching halt like the word “no.” Watch amateur improvers and when the “n-word” is dropped, there’s a hard pause in the dialogue and everyone just freezes, not sure what to do next. You can almost hear the cartoonish squealing of brakes.

This is negation. It is improv poison.

It’s also toxic for development teams. We’ve all been there. That one dev, tech, or manager who just says “No” when a suggestion comes up. It’s demoralizing and shuts the conversation down. Listen for it in your next group discussion. Take note of how long the conversation just…stops. Seriously, you could get a less awkward pause by insulting someone’s mother.

And if you’re that guy…don’t be that guy. No one likes that guy.

Thanks to CenturyLink and Paul Giamatti, a lot of the US is now clued in on a key phrase we use in improv: “Yes, and…”

While the commercial is cute, it’s actually got the concept wrong. “Yes, and…” means you’ve accepted what the first player has said or done. But the second part means the next person in the sketch (in our example, the family) must now add onto to the first person’s actions. By just uttering “Yes, and…” and nothing else, they’ve left poor Mr. Giamatti to twist in the wind.

Saying Yes is a start. Acknowledge what your partners have offered…and then add onto it. Imagine what your team could build with that mentality. Instead of pointing out what cannot be, push what can be…and add onto it.

Sure, you may fail, but you’ll also learn from the experience.

A few years back, I was asked to run some improv games for a small company. Most of their employees were remote and only once or twice a year do they get together. What could be more fun than a few improv games, right?

Well, by and large, the games went well. People had awkward fun and then loosened up and starting having genuine fun.

All that is, except one guy. We’ll call him Gary. Gary was new to the organization, only have been on the team for a few weeks. Gary was having none of this “playing along” crap. Gary did his very best to negate every game he was in, as if he was far too clever or important to play along. An example was Word-at-Time Expert. It’s relatively simple and easy to learn. He was one of the heads with another coworker. I would ask them a question and then the pair would answer, alternating a word each. It leads to some serious goofiness, but it often bonds the players together. Gary started off the game giving weak or confusing words, making his coworker scramble to keep the sentence going. It was bad and got worse. Gary started throwing out words that didn’t make any sense from a Parts-of-Speech prospective.

Poor Bill had to gerund a noun to fix the grammar, which can happen, but Gary just wanted to make Bill look stupid.

Afterward, the CEO thanked me for my time and asked how everyone did. I was frank with her. Everyone on the team seemed to be ready and willing to work together. Except Gary. He’s a problem and I suspect he’ll be a problem going forward. She laughed, thinking it was impossible to make a diagnosis like that from a few games.

Four weeks later, Gary quit with no notice, bailing on his team. When they checked his work, they realized he’d been lying in his status reports and little-to-no work had been accomplished in the last month. The CEO apologized to me.

It’s not hard to work together, honestly. Improv is about doing what’s best for the skit/game. It’s not about dignity, ego, or personal glory. Good heavens, no. I’ve had to be Elmo from Sesame Street. Why? Because that’s what was thrown out by my partners. It wasn’t malicious, it was just what sprang out of their brains at that moment. I gave it my best “Yes, and…” by adopting the Elmo character and giving him PTSD from being tickled so much.

Go big or go home, as they say.

This site uses Akismet to reduce spam. Learn how your comment data is processed.